A VISIT TO GENOA

After first taking an open-top bus tour, you should visit Genoa and walk around its hundreds of "carruggi", which are the typical alleyways of the historic city centre.
Genoa, former Maritime Republic and hometown of Giuseppe Mazzini, Niccolò Paganini, and Christopher Columbus (whose house can still be visited), has inspired great artists and architects, such as Fabrizio De Andrè, Emanuele Luzzati and Renzo Piano.
Genoa is enclosed between the sea and the hills. It is also nicknamed "La Superba" ("the Superb") and "the vertical city".
Here, buildings from every century cling to the hillsides. The city is full of narrow ups and downs of the typical "creuze" from which you can enjoy a breathtaking view of the sea.
You should not miss the cable cars, lifts and the famous tangled alleyways ("carrugi"). The enchanting historic centre in Genoa is the biggest in Europe.

The Aquarium, in the heart of the Old Harbour area, is well worth a visit.
Visiting the aquarium should take you more than the 2 hours indicated on the information leaflets.
You will be stunned at the sight of the Cathedral of Saint Lawrence, with its wonderful black and white marble façade.
When visiting Genoa you should also not miss Palazzo Ducale, the Opera House Carlo Felice, the fountain in Piazza de Ferrari, Via del Campo, the Casella railroad and Via San Luca, where inexpensive shops run by immigrants stand right next to exclusive Italian haute couture brand boutiques.
The Royal Palace overlooks the Via Balbi, where a large numbers of university departments are located.

The palaces of Strada Nuova:
Along the Strada Nuova, which is known as Via Garibaldi today, there are some of the 42 noble palaces built in the 16th Century, which have been added to the U n e s c o World Heritage List.
The palaces are also called Palazzi dei Rolli because they were listed on one of the five "rolls".
These were lists with the names of noble Genovese families that were randomly chosen to host famous people arriving in Genoa.
Among the palaces are Palazzo Tobia Pallavicini, Palazzo Lomellini, Palazzo Tursi, now the town hall of Genoa, Palazzo Bianco and Palazzo Rosso.

A walk to the lighthouse:
The Lighthouse of Genoa, also known as "Torre del Faro" or "Lanterna", is a symbol of the city.
The Lighthouse is situated on the hill of San Benigno, in the Western part of the city.
The lighthouse is within walking distance from the centre as it is about 1 km from Via Milano.
When arriving by train at the Genova Principe train station you can take the underground in the direction of Brin and get off at the Di Negro station.
You can also take the bus towards Sanpierdarena.

The historic Centre of Genoa:
With its famous tangled alleyways "carrugi”, it is the largest historic city centre on the old continent.
Even if it is very easy to get lost in the alleys, you cannot say you have been to Genoa if you have not seen its "carrugi"!
The scent of the typical restaurants in Sottoripa entices tourists to try all the local specialities: pesto with basil from Pra, "cima" (a cold stuffed breast of veal), frisceu (pancakes made with vegetables), whitebaits’ pancakes, and the famous focaccia.
Highlights you should not miss in Genoa are also the medieval palace Commenda di Pre, which was built by the Knights of Malta, Palazzo San Giorgio in Piazza Caricamento, Via San Lorenzo, Porta dei Vacca, Piazza de Ferrari, the Opera House Carlo Felice, Palazzo Ducale and the Cathedral of Saint Lawrence.

The old harbour and the aquarium:
The old harbour of Genoa was remodelled on the occasion of the 500th anniversary of Columbus' Discovery of America.
The area of the old harbour is a perfect excursion for children in Genoa.
There is a wonderful Aquarium in the port area, which is one of the most fascinating in Europe.
Also worth checking out are the Bigo, a panoramic lift from which you can enjoy a wonderful bird eye’s view of the city, and the Biosfera, which is a glass structure designed by the worldwide famous architect Renzo Piano.
The Galata Museo del Mare with the submarine Nazario Sauro moored in front of the museum is absolutely worth a visit.
The galleon, the scientific centre for children Città dei Bambini, is the only centre of its kind in Italy and certainly of interest for tourists.
There are also cafés and small and typical restaurants to stop off in and have a break and get to know the gourmet side of Genoa.
While visiting the old harbour you can also stop by the boat docks.
From there you can take a boat to the Cinque Terre and Portofino as well to the Cetacean Sea Sanctuary.
Every year in June there is a highlight tourists should not miss: the SUQ Festival.
Theatre performances with the old harbour as the backdrop bring together different cultures, traditions, languages, debates, events and ethnic cooking classes.

Shopping:
The top places to go shopping in the centre of Genoa are: Via XX Settembre, Via San Vincenzo, Via Roma, Galleria Mazzini and all the alleyways in the city centre!

How to get to Genoa by car:
From Deiva Marina you can easily reach the capital city of the region in 45-50 minutes.
If you want to visit the aquarium, you should take the motorway exit of Genova Ovest and park your car in the old harbour area.
If you want to visit the centre instead, exit the motorway at Nervi and continue on the road until Piazza della Vittoria, where there are many outdoor and underground paid car parks.

Travelling by train:
If you would rather leave your car parked at the Hotel Clelia Logis d'Italia in Deiva Marina you can reach Genoa with public transport.
From Deiva Marina you only need slightly more than one hour to get to the main train stations in Genoa: Principe and Brignole.
The stations are both situated in the centre in strategically important points if you want to go shopping, visit museums, theatres, cinemas, go to the exhibition centre, the palaces, take the cable cars, or see the monuments…

In Genoa there is also the main AIRPORT of Liguria, the CRISTOFORO COLOMBO airport, which has many low cost airlines that have connections from and to many European countries.
The shuttle bus Volabus connects the airport to the two main train stations.
You don't know where to sleep? Where to eat? Try Deiva Marina! From there you can easily visit the Eastern Ligurian Riviera, from Genoa to La Spezia.
Hotel Clelia Logis d'Italia awaits you with comfortable rooms or our suite.
We also offer B&B, half or full board arrangements and have an a la carte restaurant, serving the famous "Plateau Royal".
If you prefer a more independent type of lodging, the hotel has holiday apartments in Deiva Marina and the Cinque Terre.
You can book using the booking system on this website, via telephone, Skype, e-mail or fax.
Our contacts are available at www.hotelclelia.tel. 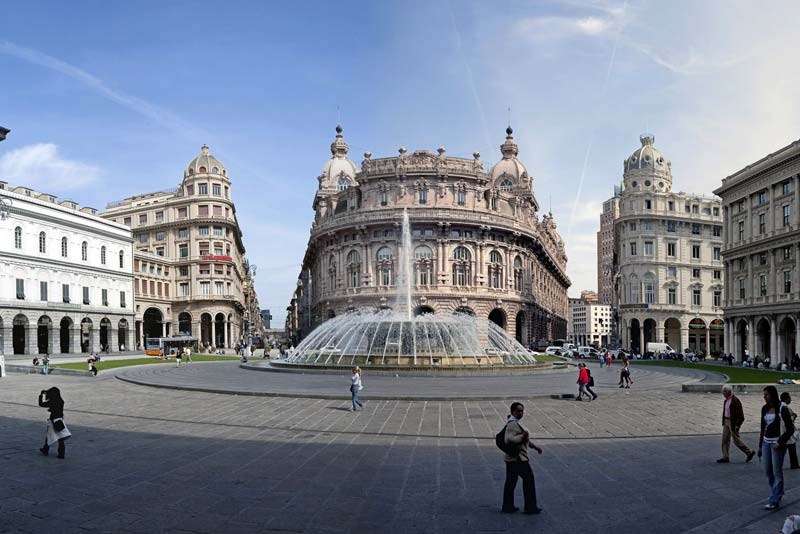 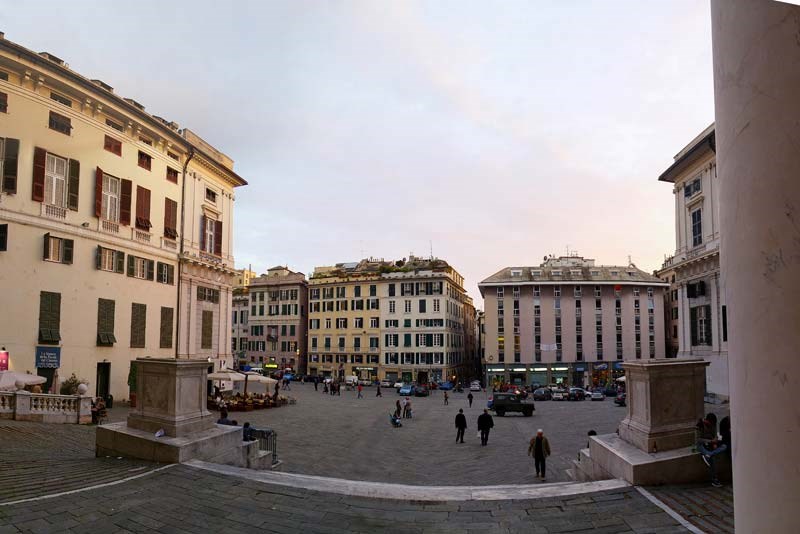 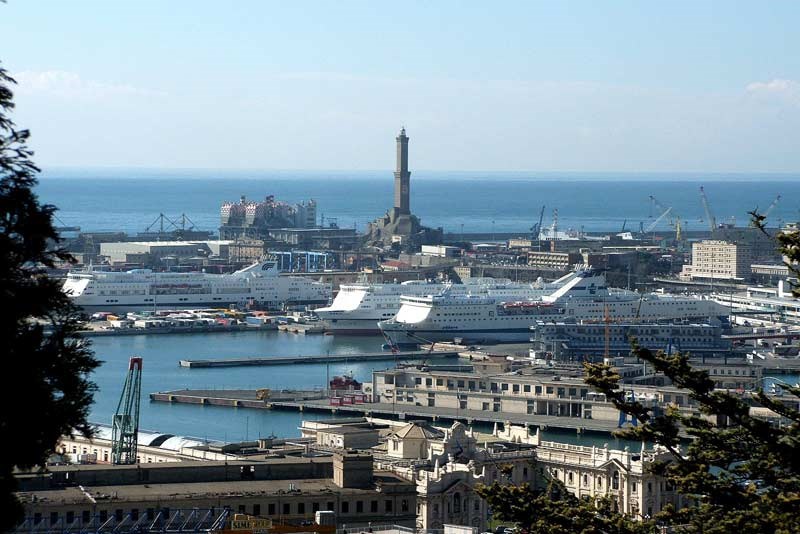 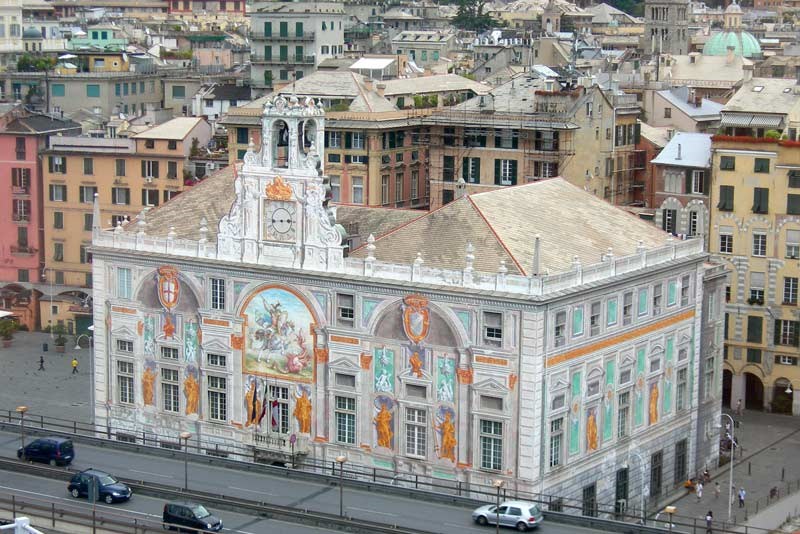 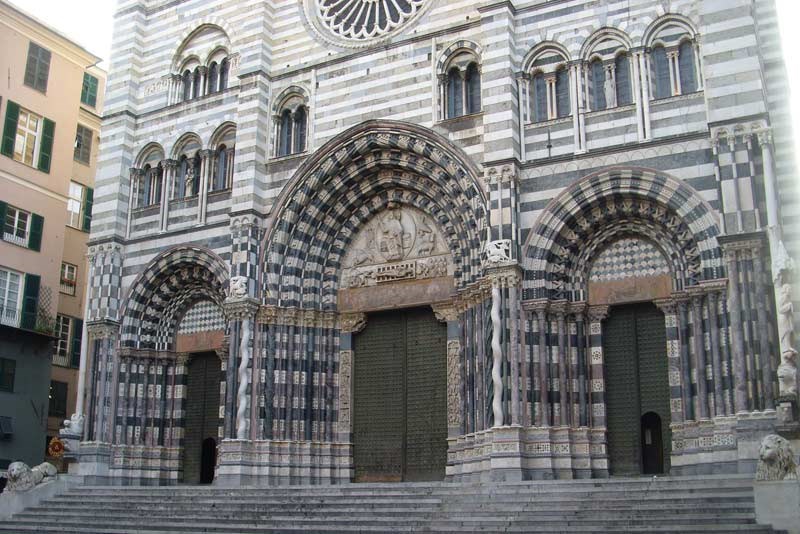 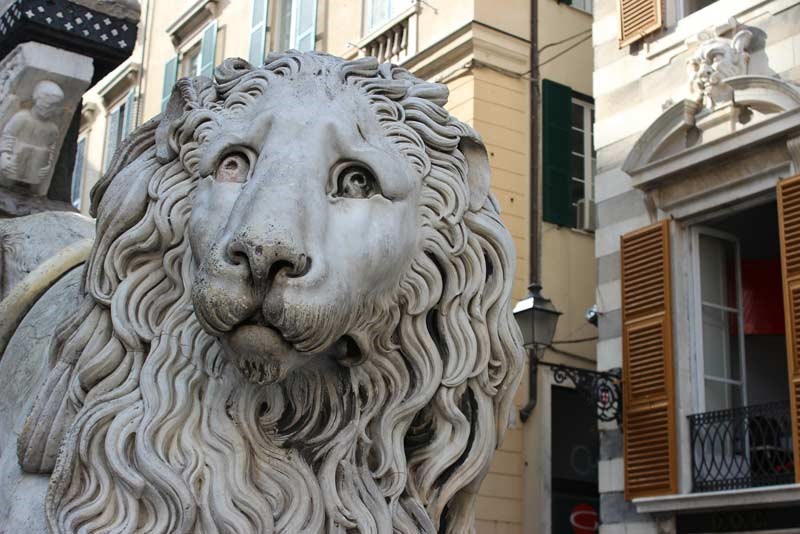